On Wednesday mornings I always prepare my Monday post. Sometimes I just sit and think: “Hmmm, and now what???” Like at this very moment. Of course I make notes when I have ideas for posts. But often there is nothing coming up which would align with my notes. So I simply start writing and hope that something will be coming up.

Hope! That’s the crucial word I just reflected to. What is hope? Can’t we interpret hope in many ways?

This all just popped out. I think it can be both. Again it depends on how we look at life! When we believe in a greater context then we might hope for the best outcome for us or others. When we only focus on a tiny aspect of life or even only on a tiny aspect of our lives then it might be that it is not hope but desperation. Then it is actually a lack of faith.

Whatever we might see as the best result doesn’t mean it is. As long as we focus stubborn on one possible outcome we are denying any other way of development. We won’t see the signs of development in other even much bigger ways. We would think that what we hope for will not come true since the signs show in a different direction than we want the situation to unfold.

My biggest dream has always been living in the USA. But after my husband’s almost deadly accident when we were 18  I gave up on this dream. Nine years later, already married, and having a cute little daughter we were planning on building a house. The ground was owned and split by my husband’s huge family. Nothing moved on to get everybody on one table discussing and signing the necessary papers that we could purchase that ground. And when it was almost done one of his uncles died and we had to wait for the whole heritage procedure to be done first. This all took months over months… I was angry and frustrated. I so hoped impatiently (how else… lol) that we finally get the signed paper in order to start our project. We already had the plans for the house since all the involved people agreed at least verbally. 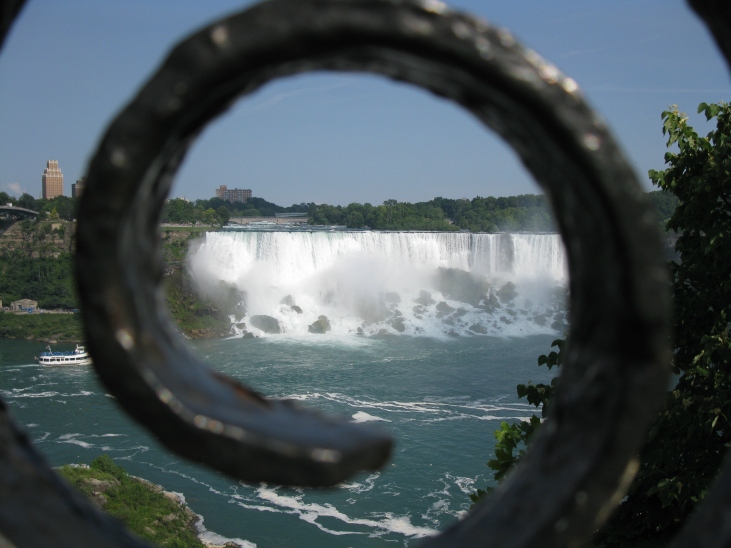 During the heritage procedure something else happened. My husband’s company asked him if he was willing to move to the States for a while to launch a bigger project. When he came home and asked me what I thought about it, I said: “You don’t need to ask me if, just tell me when!!!” I am glad that things did not turn out the way I wished for while focused only on one aspect on my life. If they had, we would have been right in the middle of the construction phase when the question about the moving came up. But since we weren’t, it was easy to simply move out of the apartment and head overseas. My biggest dream at that time came true. All the papers were even signed before we left and when we came back we could start!

Everything was in perfect order! It taught me that life has so much more in store for us than we might see at the moment. Never cling to something that seems not to work out at the moment. Don’t give up on it but let it rest for a while. Sooner or later you will get the answer and realize the greater context.

I know it is not easy when we want something so badly. And yes, some aspects might not be meant for us. But try to stay open, try to get some distance to the issue or situation. Stay calm and faithful that everything will unfold in the perfect way and time. Conditions need time to get in order. And even if your biggest wish seems not to unfold there is something in store for you – something bigger. But you can only see that when you stay open-minded. In the end you will understand.

In Love and Light!

I am inspired by your post today 🙂 Glad you hung on to your hope and your dream came true ! I think it’s true that hope is sometimes holding on to too much we have no control over. Especially if the goal is too high and we aren’t working to make it happen. But it’s okay to dream as long as you keep things in perspective. Dreams can motivate 🙂

Thank you for your absolutely great comment, Cheri. You are right. We need to dream. We must never ever stop dreaming. Our dreams are the seeds of our future. Or as I always say: Our dreams are reminders of your soul what we wanted to achieve and to experience. When those dreams show up then it is time to go for it. Thank you for taking the time and reading the post, Cheri!!!

Great post, Erika. A reminder that hope will always guide us through. We should never give up on hope, no matter how desperate we feel.

Yes, right! But we must be careful not to cling on a ceratin way or certain outcome. Then we either fall into desperation or get blind for a possible other (better) outcome. Faithful hope gives us the power to move on.

I used to cling on to outcomes, only to be greeted with disappointment. These days I accept whatever comes my way and let fate and faith guide me. 🙂

This is the lesson we learn. If it is meant for us to learn in this life time then we will be confronted with it again and again until we got it. The problem is that when we are to attached to one certain outcome (which is simply not meant to be) we are blind for an even greater one… and maybe we miss that.

Thank you, Nimi! Yes, so right! In the end it is always to our best. But we spend so much time with resistance against a different outcome that we often don’t see this best although it might already lie in front of us.

OH wow I love it when things work out like that! So wonderful! Beautiful post my friend! I hope all is well with you! 😀

Hi, Michelle, thank you for your lovely words. I am fine, back home again. See my post: https://erikakind.wordpress.com/2015/06/17/back-on-track/

Thank you, Robin. I am glad it inspired you! Looks like it was meant to be written. 😊

Erika, what a great discussion of “hope.” Patience is really the key. Patience is the hard one to learn. As you get older it does seem easier to wait than when I was younger. Are you ready to go award free yet? ❤

You are right, some things are easier to wait for or simply let be than others. But still not clinging to a certain outcome is not easy. The more it means the more difficult. If I am ready to go award free? Haha… don’t think so. It is too much fun to be honest 😃

Yeah, I just posted the next load … lol

Ha, ha. The connections you have made are fabulous. I missed you yesterday. 😊💗

I always miss you when you aren’t around. 💖😚

Hehe… thank you! You are such a sweetheart, Colleen 💖

Reblogged this on The Militant Negro™.

Thank you for the reblog 😀

Very insightful Erika, We do not know what surprises life has in store for us, and sometimes we do get disheartened and lose hope. However, we do not realise that there is something bigger waiting for us! 🙂

Exactly, Judy. We always need to remind ourselves again when things don’t go the way we wanted them to go – every time again 😉

Never give up on hope!

Right, Ritu! Worked out for you 😃