Recently, Colin of MeAndRay.com shared a wonderful link with me. It is a Ted Talk with the conductor Benjamin Zander. He is talking about the transformative power of classical music. No, this won’t become a post about classical music. What went so deep were Zander’s profound insights about life and beyond which he incorporated in his talk.“I will never say anything that couldn’t stand as the last thing I ever say.” This was the vow of a woman who survived Auschwitz. Zander told the story of that woman at the end of his talk. It is the inspiration for this post. I will try keeping this post shorter than my usual Monday posts because I want you to listen to that talk. Something wonderful will happen inside of you. Whatever may be the trigger but at times particular situations or happenings come to my mind which makes me wish I could change something I had said. Or which makes me wish I had said something. In one case it was the last time I talked to someone dear not expecting it was the last time ever I talked to that person. In other cases, I said things e.g. to my children out of stress. Often it was only a release of accumulated emotions from too much swallowing in general. They just dropped the straw which broke the camel’s back. Although I did not mean it and saw it all from a distance some hours later… it was said. It is anything but easy to always have control over what we say. Also, only in order to not feel guilty about what we say mustn’t be the reason we avoid to speak up and clarify what needs to be clarified. But if we want to do ourselves a favor then we should be more conscious about what we say. An emotional release can hit back like a boomerang. Perhaps not right away but maybe years later when a certain incident is coming up in our memories and starts haunting us.

As I said, I don’t think we can avoid it and for sure, it holds its lessons for all parties. So we need to learn from it, implant the insight and make it better. If there is a realization about something that cannot be changed anymore then we can make something wonderful from that insight from now on. Something we could not have developed without that painful insight. What was said, was said. What was done, was done and cannot be undone anymore. But at least we can grow into a better person from it. Whoever we were is not as important as who we are today! 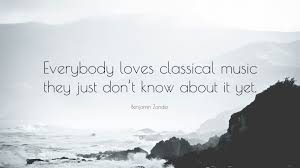 Please reserve 20 minutes and listen to that amazing talk full of passion, zest for life, and life-changing insights. I am sure, something in that talk will strike a chord inside of you too!

A big thank you to Colin again for making me aware of this talk!

What an important post this is dear Erika, one that is close to my own heart from my own story of a my own Mother whose words wounded and were the last spoken to me. Life is short, and we never know what is around the corner that can change in a blink of an eye..
I know we all have our differences and outbursts at times, A pact my hubby and I have made in recent years is that no matter what our differences we never end the day without saying we love each other, No one can agree all the time, But we can make sure our loved ones know they are loved. And when we go out the door we say love you and take care. ❤

What you said here is something I always held dear to my own heart. I never wanted to go to bed with an angry heart and lingering discussions. But unfortunately I have always been the only one with that attitude… which can hurt too!
Thank you so much for your hugs sending warm hugs back. We are all freezing these days… lol ❄️💖

I agree, we have to meet in the middle or it will not work. And yes. VERY cold. Sending LOVE xx ❤

I thank you very much, Nico! Blessings to you, my friend!

There’s a good lesson in there for us all, we need to remember this when we speak and when we’re spoken to as well.
I agree with classical music – the thought turns many people off but a lot of it had notes that speak to us.

Right! This is a very important message which can keep us from a lot of regrets and also from causing pain. In the end, it cleans the polluted air for us and for everyone!

That the thing and it’s something that tragically I see less of these days.

If you live it it will make you more serene because you have the higher perspective!

That’s how I often feel, but it’s frustrating to not be able to communicate it to others

That’s unfortunately something we have no control over.

It makes us seem rather powerless, except that we can lead by example, and who knows what will be learned from that!

That’s a great explanation, Colin! And yes, it all holds its lessons for us. It may be exactly that we need to learn to accept that we cannot change others who don’t want to change themselves. We need to accept that everybody has their own ways, their own journeys towards their insights and developement. Everybody walks a different path and that’s ok. In understanding that we ourselves may even be more determined to walk our path without being confused by other people’s opinions but still have an open ear for them.

Well quite…
How has your week been?

I had a very good week, Simon! Thank you very much. I hope yours was good too!

It’s been a bit frantic getting to work in the snow but I’ve got to the end ok! 😀

Stay strong and hang in there! Help from spring is on the way!

I hope so, I thought it had arrived two weeks ago lol

Really a great and interesting post, Erika. There is no time for regrets, just to improve ourselves.

We need to reflect but then we should take the insight and move on with another insight in our backpack!

Hi Erika – I have watched it so many times now, and just watched it again from your Post link. It builds up very nicely, but the final few minutes or so offer such an important message, that I encourage everybody to put their lives on hold for just 20 minutes and watch … and listen.

Yes, exactly! That is what I noticed too. The more the talk progresses the deeper and profounder the insights. That last statement totally caught me. It is amazing how he opens the door to the heart unnoticed. It happens naturally!

Now I’m off for the day I’ll take time to watch it!

Awesome. I hope you could enjoy the unexpected time to rest once it is how it is.

I shall try sis!